Too good to be true? Are LED lights really as good as promised?

As the range of LED lighting products is expanding rapidly, end users often have to wade through a sea of different products and promises. Many lamp manufacturers know and are familiar with the hard facts listed in this blog post, but end users hear them only on rare occasions. We think they should know the facts to be able to purchase high quality products, too, and that’s how the idea of this blog post occurred to me.

As with any lighting products, LED tubes that replace fluorescent tubes vary considerably in terms of quality due to their product design, components as well as manufacturing and testing process. All the three areas have to be up to the mark, and if one of the areas fails, the quality of the entire product is compromised. The quality chain is only as strong as its weakest link. Product quality, on the other hand, affects both the user experience and the lifetime of the product. The products on the market, however, do not differ significantly from each other only in terms of quality, but also in other characteristics, such as luminous flux, light output, colour rendering index or flicker.

The luminous flux indicates the amount of light produced by a light source. It is technically indicated in lumens (lm), often accompanied by the light output, i.e., luminous flux/light output (lm/W). These values are a good indicator of the performance of a product – or rather, they would be, if the values indicated by all manufacturers were always correct. In line with established practice in the industry, there are often considerable differences between the reported and actual performance values of products. Admittedly, such double-dealing with the reported values is understandable, because it is not forbidden by law. According to Ecodesign Directive 2009/125/EC on the ecodesign requirements of LED lamps, it is enough if, in a 20-piece sample, the output of each individual lamp is at least 75% of the value that the manufacturer claims. This means that the difference between the promised and the actual luminous flux of a LED lamp may easily be more than 20%, yet the lamp will still meet the requirements of the Directive.

In May 2016, LUX Review published an extensive review of LED tubes. Measurements performed in an independent laboratory by the Lighting Industry Association revealed that for several tested LED tubes, there was a significant difference between the promised and the actual luminous flux and light output. Similarly, such over-optimistic indicated values of luminous flux and light output can be found in most LED tubes and luminaires on the market.

It is even more difficult to demonstrate the claims related to the long life of a product. It is not uncommon in the industry to come across lifetime claims that are not necessarily based on any standard for testing or lifetime simulation. As a rule of thumb, customers should ask vendors to provide documentation, such as measurements performed by independent laboratories or lifetime simulations performed according to a standard, to support exceptional claims on lifetime (such as over 50,000 hours of operation).

Exceptionally long warranty periods may also bring about unpleasant side effects. An example of this is cheating with product warranty conditions, discussed in Valtavalo’s earlier blog post ‘Watch out for pitfalls when investing in LED lighting’. Sometimes the warranty period is boldly oversized for marketing purposes, and the quality of the actual product does not correspond to the warranty period. In such cases, the motives and means of the vendor are questionable, to say the least.

If the vendor claims that their products are certified by various inspection bodies (such as VDE or TÜV), it is worth checking them against the databases of such bodies, found on each organisation’s website. We asked this from the German inspection body TÜV, and they confirmed that their certificates only apply to the products from the tested manufacturer for which the certificate has been issued, and they cannot be passed on to third parties. If a product has a ‘parallel’ certification, which means that the products of the original, certified manufacturer are sold with different names in different countries, the product should still show the details of the certificate holder and the brands for which the certificate has been applied. It is likely that other certification bodies follow TÜV’s practice.

Switching to LED tubes became significantly less risky in 2014, thanks to the international LED tube standard IEC/EN 62776. Valtavalo participated in its preparation. The standard defines the characteristics of an LED tube, such as its mechanical durability, physical dimensions and electrical characteristics. It also sets down the required markings on the products as well as uniform testing practices. The standard ensures that the usability of all products on the market will be as uniform as possible. Thanks to the standard, the usability and safety of LED lighting tubes will improve, which can be expected to considerably speed up the switch-over from fluorescent tubes to LED tubes.

Particular care should be taken when choosing LED tubes compatible with electronic ballasts (HF). Old luminaires may have any of several different types of electronic ballast, and an LED tube is not necessarily compatible with the ballast in an old luminaire. Liability issues in case of a potential failure of the ballast or the LED tube should also be considered – who is responsible if the ballast fails after the tube is replaced? Electronic ballasts age and become more prone to failure in any case, and an LED tube compatible with an electronic ballast usually requires a new external ballast in order to function. This involves unexpected extra maintenance issues and costs. Therefore, it is worth considering whether electronic ballasts should be scrapped for good when LED tubes are fitted in old luminaires, – particularly in extensive replacement projects. In Finland, such modifications of luminaires are approved by the Finnish Safety and Chemicals Agency (TUKES) if the modification is performed by an authorised electrician. The similar practice is in place in several other countries, too. Luminaires do not, in this case, require a new CE mark as long as the luminaire is not sold or removed from its current location and installed elsewhere. The electrician makes sure that the installation is safe, and the modification is indicated with a sticker on the luminaire, usually shipped with the purchased LED tube.

The use of most LED tubes in fluorescent tube luminaires may generate reactive power in the network and diminish the power factor. For this reason, the electrician should perform the installation in accordance with the supplied guideline to avoid an increase in reactive power.

Today’s LED tube market is a jungle of players of all sorts and varieties. Therefore, when planning procurement, it is worthwhile to carefully compare different products and vendors, as promises and the actual outcomes do not necessarily match. References from successful customer projects are still a valid practice, and written documentation supporting the promises about product characteristics are crucial in ensuring that the final result is what it’s expected to be.

Valtavalo performs regular measurements of its products in independent laboratories and, to support its lifetime claims, also performs lengthy operating tests in both real-life conditions and laboratory heat cabinets. Valtavalo tests individually the electrical and lighting properties of each and every manufactured product automatically at the end of the production process, which means that we ship to our customers only products with matching reported and actual performance values. Valtavalo’s G4 LED tubes were examined by LUX Review in a review of products from 12 major LED tube manufacturers. They performed excellently in the review, particularly for their absence of flicker. Independent laboratory tests by LUX Review also proved that the product details reported by Valtavalo were accurate. 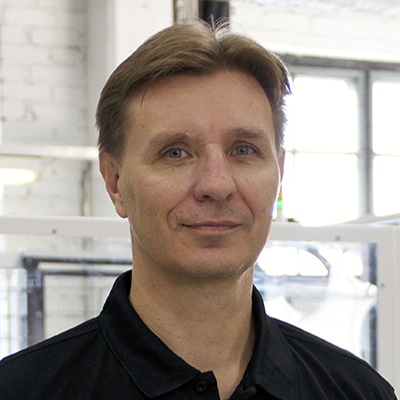