Watch out for pitfalls when investing in LED lighting

LED technology has become very popular during the past few years in the lighting market, for the simple reason that it can be used to produce enough high-quality light in a significantly more energy-efficient way. There are, however, shadows in paradise. When investing in LED lighting, you should be aware of a few quite common pitfalls.

The reason for the pitfalls described in this article is that often LED lighting solutions are more complex than solutions using older technologies.

Günther Sejkora, who has extensive experience in lighting technology, discusses these issues in his recent article, “Lifetime and Reliability” (1), in LED Professionalmagazine.

“Does a high lifetime and high reliability of the LED automatically mean the same for an SSL product? Surely not! There are many components (power supply, drivers, optical elements, gaskets) with comparable or even lower lifetimes than the LED in a luminaire or module. Also, environmental conditions of the LED may differ according to the SSL product or the application where it is used”, Sejkora explains in the article.

The situation described in the article in LED Professional magazine gives suppliers of LED lighting solutions the means to include conditions in product warranties that allow them to wriggle out of responsibility if someone requests a repair or refund.

Aura Light’s restriction is an example of an interesting warranty policy: it states that the failure must occur in 10 per cent of the products: “Should the failure rate be higher than 10% within the specified guarantee period, Aura Light will without charge, substitute the defective components.” (2) Will the customer be left with nothing, if “only” 99 lamps from a batch of 1,000 fail?

Anyone investing in LED lighting should carefully read the warranty policy of the LED technology they are considering buying: how many restrictions and how much “small print” do they include?

One important issue related to LED product properties and warranty policies is the usage temperature of lamps and LEDs: a product’s operating life is almost without exception measured at “room temperature”, i.e. +25 °C, but the actual temperature of their operating environment is often higher than that.

When trying to avoid the pitfalls of LED lighting, you should also take into account that often the luminous flux (lm) mentioned in brochures and product cards and the actual measured luminous flux may be very different. As a result, the target lighting level may not be achieved, and the space being lit will be darker than planned or darker than previously.

LUX Review magazine recently conducted an extensive review of LED tubes (3). Laboratory measurements revealed that the 3,700 lm promised by Philips, a well-known brand, for one of its tubes was only 3,341 lm, and the promised luminous efficacy of 150 lm/W was only 134 lm/W.

It is recommended that everyone about to invest in an LED lighting system read the article in LUX Review and the follow-up article written by Valtavalo (4). When drawing up the table of results, Valtavalo used the average values of all the values listed in the original article, while the magazine decided to recommend LED tubes based on each of the four measured properties.

The article on LED tubes in LUX Review is, by the way, the first one that takes into account a property of lighting that is particularly important when working in artificially lit environments: flicker (5) – or actually the lack of flicker.

What information do the product descriptions of LED products and the verification measurements of the values presented in the descriptions provide about flicker? One more pitfall? 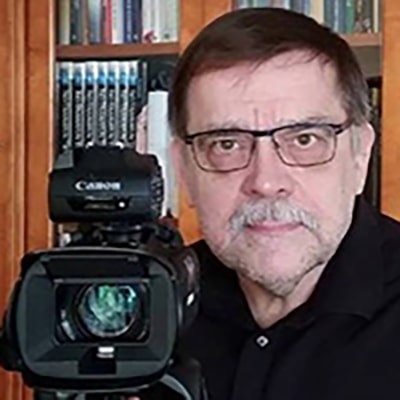 Jarmo Lahti
Jarmo Lahti is a Master of Science in Technology, who has a long background in technology journalism. In the 2000s he has also started producing live video broadcasts.