How to replace fluorescent lamps now that they’re disappearing?

The European Commission’s decision to ban use of mercury in light sources starting from autumn 2023 will lead to the disappearance from the market of many light sources still in common use, such as fluorescent lamps. Now it is a good time to consider how to replace existing fluorescent lighting in the future, if you have not already done so.

What are the possibilities and what to consider?

At Valtavalo, we usually recommend replacing the old fluorescent luminaire with a completely new luminaire designed for replaceable LED light sources. You get an optimised and carefree installation that meets today’s lighting requirements and regulations, and in the future, you can easily replace the light source, instead of replacing the entire luminaire. We have solutions, both light sources and luminaires, for a variety of applications with different specifications, prices, and performance. These solutions can also be combined with control systems of various kinds.

Valtavalo LED tubes can be installed directly into existing fluorescent luminaires without a need for any modifications to the luminaire body. This is known as retrofitting. However, the retrofit solution can only be implemented in luminaires using a T8/G13 fluorescent tube as the light source, with a magnetic ballast and a starter. A successful retrofit solution, however, requires that the old luminaire housings and their internal wiring and lamp holders are in good enough condition to ensure their functionality over the lifetime of the new LED light sources. Depending on the environment and the number of hours of operation, either G-series or E-series LED tubes can be selected as a light source.

3) Modifying fluorescent luminaire to be applicable with LED

Valtavalo LED light sources can also be installed in luminaires originally designed to work with an electronic ballast if the luminaire is modified to be applicable with LED tubes. The modification must be carried out by a qualified electrician and the luminaires must be marked accordingly. Again, it is advisable to first check the condition of the old luminaires to ensure that they will remain functional for the life of the new LED light sources.

There are LED tubes on the market that can be installed in place of fluorescent tubes in luminaires with electronic ballasts. Luminaires compatible with T5 fluorescent tubes always use an electronic ballast, but it is also used in some T8 luminaires. The electronic ballast is designed for use with gas discharge type fluorescent tubes and is not optimised for use with LEDs. As a result, compatibility issues arise as not all types of tubes work with all types of ballasts. The lifetime of an electronic HF ballast is typically 50,000 hours when the luminaire is new but is likely to have already consumed most of its lifetime by the time the changeover to LED tubes is made. This means that there is a risk that the HF ballast will fail long before the new LED tube, again leading to extra costs and not that good investment as expected. For these reasons, we do not recommend such an installation, and the electronic ballast should always be removed when switching to LED.

Since 2008, Valtavalo has been developing and manufacturing lighting solutions using modern LED technology in the form of fluorescent tubes, and we are one of the pioneers of replaceable light source solutions. We manufacture LED light sources in our own factory in Finland and use local and regional subcontractors as much as possible.

Lighting with replaceable light sources is a sustainable choice. In addition to significantly reducing energy consumption and the carbon footprint of lighting, high quality lighting also improves safety and comfort in the workplace. Long lifetime and replaceability also provide significant savings in maintenance costs, as well as does the flexibility to update the lighting when needed.

Is there anything else you want to know in this topic? Contact us for more information.

*Read more information about our products and solutions.

*Read also: Fluorescent tubes will soon be a thing of the past 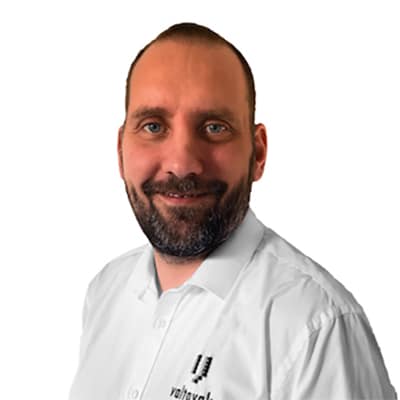 Martin Persson
Martin Persson works as a CEO of Valtavalo's branch in Sweden. He is also responsible for sales in the Nordic countries.