When introducing a new, revolutionary technology to the markets, the quality, usability and safety of the first product versions may often receive less attention.  This is what happened more than ten years ago when LED technology first rushed into homes and businesses. Many users of the early LED lamps were confronted with poor-quality products, which quickly started to develop faults. Electric shocks and fire hazards were also widely reported. In terms of LED products, the pot was stirred further due to the fact that the products’ manufacturing was concentrated in East Asia and because of importers and local sales representatives’ poor product knowledge. Sometimes the unpleasant surprises offered by initial experiences and the attention they receive in the media may etch themselves on our minds for an unnecessarily long period of time and even prevent the adoption of a mature and widely proven technology.

Veijo Malinen, a foreman at Finnish Paikallis-Sähkö, which has engaged in the proactive maintenance of electrical systems in cooperation with insurance companies, says that the company has used LED tubes for years now as one of the key means by which to improve the electrical safety of fluorescent tube lighting.

When old fluorescent tubes burn out, they are often left in place for a long time before they are changed. What many people don’t realise is that the starter still heats the filaments at the ends of the tube, giving rise to extremely high temperatures and a fire hazard. This problem doesn’t exist when you use LED tubes. Due to the lower current of LED lights, the old ballast with an iron heart no longer needs to work, even when its left in place, and therefore doesn’t heat up or get worn, which is what happens in fluorescent tubes, says Malinen.

Our customers and we have found the replacement of old fluorescent tubes with LED tubes an easy and cost-effective way to improve the fire safety of lighting.  In practice, we always recommend the use of at least safety starters in connection with old fluorescent tubes or, alternatively, replacing the fluorescent tubes with LED tubes. The temperature of high-quality LED tubes does not climb very high, even when they start failing at the end of their life. In addition to fire safety, the advantages of LED tubes include the financial benefits to be gained from the energy savings and the longer intervals between changing the tubes, says Malinen.

According to a bulletin released in March 2019 by Tukes, the Finnish Safety and Chemicals Agency, electrical equipment was responsible for more than 2,500 fires in Finland in 2018. In households, the most common causes of fire were stoves and ovens, which caused approximately 950 fires and lighting fixtures (roughly 200 fires) came second. According to PRONTO, the statistics system of the Finnish rescue services, fluorescent tubes have for a long time now been the greatest trigger after electric stoves for alarms related to building fires. Given that electric stove fires are largely the result of human negligence, fluorescent lamp technology is the most common reason for alarms related to building fires in Finland when considering technology alone. In its bulletin, Tukes gives tips for the safer use of electricity and urges people to keep an eye out for failing old fluorescent lamps. It also urges people to favour LED lighting, which does not heat up like traditional lighting technology does.

Tukes is also very familiar with LED tubes as a product segment. In the early 2000s, it witnessed the appearance of the first LED tubes and the rapidly increasing need to control their highly varying level of quality and safety. In 2011, a recommendation document published by European market supervision authorities agreed on ground rules according to which all LED tubes produced and installed should be safe and meet the requirements set for them in the EU. But it was the international IEC 62776 standard which made the LED tube market clean up its act for real, though. The standard contains clear requirements for the design and testing of safe LED tubes, and it was published as a harmonised European EN standard in 2015. The standard marked the point at which all major international lighting manufacturers finally got involved in the LED tube business with their own products. Indeed, LED tubes today are, according to such authorities as the market research of Infiniti Reports (2015) and QY Research (2018), one of the most sold and also fastest growing segments of LED products.

Correspondingly, the EU’s market surveillance register reports that the number of LED tubes found to be non-compliant with requirements in 2010 was 15, whereas in 2017, that number had dropped to one.  The same trend is also visible on the list of Safety Gate, the European Commission’s rapid alert system for dangerous non-food products. Even so, LED lighting products of all kinds still keep Tukes and other market surveillance authorities busy, and in this case, too, low prices often correlate with compliance and quality.

The return of lamps and tubes?

From the perspective of fire safety, the fact that the teething problems of LED tubes have been rooted out is a good thing, given that lamps and tubes that are easy to change may be making a comeback following a few years of fixed LED lamps’ reign over the lighting markets. Over the past year, public discussion has raised concerns over the fact that the light source in the LED lighting fixtures available on the market cannot often be changed by the user. According to the Finnish state-owned sustainable development company Motiva, the lack of changeable lamps in LED lighting fixtures may come as a surprise to their users. In professional use, the problem is potentially even bigger, given that fixed LED lamps and tubes are often installed tens or even hundreds at a time. As the technology evolves, we can find ourselves in a situation in which a similar model may no longer be available on the market to replace a faulty one in a matter of years. This means that instead of changing a bulb, companies either face a laborious replacement of the lighting fixtures or have to settle for non-uniform lighting or, in the worst case, replace the lighting and control system of all lighting fixtures prematurely. The EU’s planned Ecodesign Directive addresses some of these concerns. Once the Directive enters into force in 2021, any lighting fixtures where the light source cannot be changed must be marked.

Many LED tubes can be fitted into most old lighting fixtures without actual electrical work, and most manufacturers have also brought lighting fixtures taking advantage of the new LED tubes to the market. In old lighting fixtures, LED tubes often replace particularly traditional fluorescent tubes, which have been found to be one of the greatest causes of fires. In light of this, the more wide-spread use of LED tubes could be expected to improve our fire safety in the future. 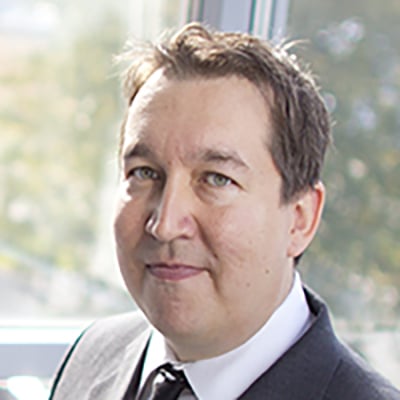