Teva slim is an open-housing industrial luminaire designed for Valtavalo LED tubes. It can be fitted with 1, 2 or 3 LED tubes as required, enabling an easy adjustment of the amount of light by adding more tubes or removing existing ones as the lighting requirements change. With three LED tubes, Teva slim provides plenty of light and is a competitive alternative even for traditional gas-discharge lamps. Typical applications include large and high spaces, such as stores, warehouses or industrial facilities. Teva slim is available in three versions: for one, two or three LED tubes.

A luminaire with a replaceable light source is an ecological and high-quality solution that saves money and nature. Maintenance and upkeep costs are considerably reduced since lighting can easily be updated by replacing the light source in the luminaire. 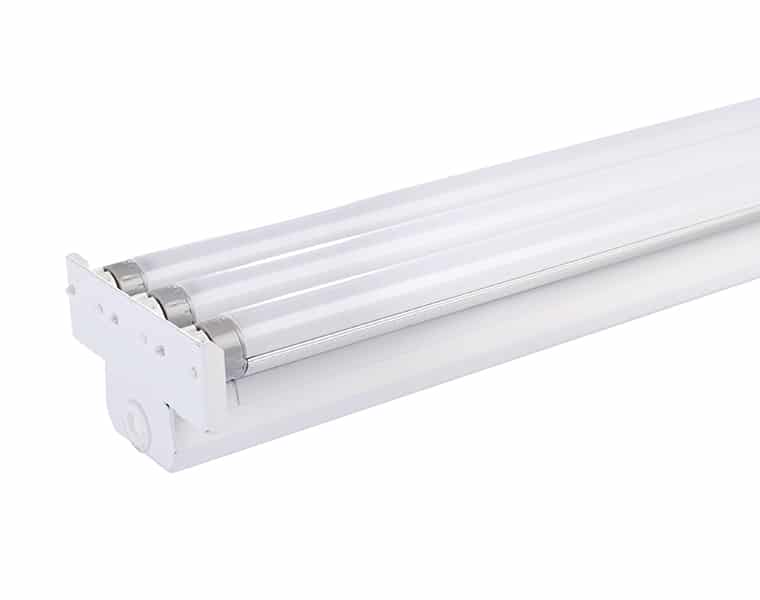