Mirko with direct and indirect light is a modern linear luminaire with a replaceable light source, which makes it suitable for a variety of uses. Thanks to its elegant design, the Mirko luminaire is particularly suitable for office lighting solutions and for public spaces. The luminaire’s dome provides stable light upward and protects the luminaire from setting dust. The lamella grid reduces glare for the light directed downward. The default colour is white, but the luminaire is also available in grey and black.

We recommend the brilliant Valtavalo G5 LED tubes as light sources. With the G5 Dimmable LED tube, the luminaire’s light can be dimmed with a separate trailing edge dimmer. The luminaire can also be delivered with a dimmable LED tube and control unit suitable for SwitchDim or DALI solutions. The luminaire itself is practically maintenance free, which means maintaining and renewing your lighting system is easy and fast – just change the light source. 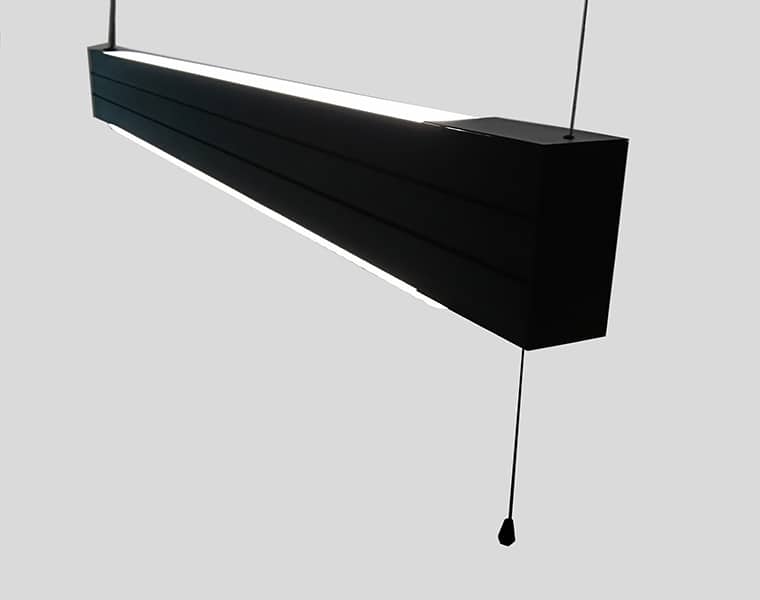